The Chicago Way and Alinsky

Many barrels of ink were expended and countless trees sacrificed in the aftermath of the surprising re-election of Obama. Many theories were put forward but the statistics clearly showed that it was the turnout of the normal GOP base that did Romney in. Now we are starting to understand just how the Obama Administration managed to suppress that vote as the many scandals are beginning to be revealed.

With the assistance of a compliant left leaning media (more on that later) Obama managed to bury what really happened in Benghazi until well after the election. It is now clear that the Administration lied about what actually occurred and withheld information. Worse, it appears that the lives of Americans were sacrificed because to send assistance would destroy the Obama campaign narrative that the Al-Qaeda threat had been neutralized. That’s why they called it a “demonstration over an anti-Muslim video that got out of hand”. You don’t send in the Special Forces or F-16s to quell a “demonstration”. The Obama team ran out the clock until after the election, an insult to the families of these brave men.

More recently we are learning about the abuses of the IRS in their blatant efforts to suppress and discourage the Tea Party organizations and individual Romney donors. Given the enormous power of the IRS this should be frightening to all Americans. The Tea Party is credited with bringing about the substantial defeats of Democrats in the 2010 off-year elections despite the concerted efforts of the media, Hollywood and left-wing comedians. Using the old Alinsky stand-by of ridicule and accusations they were called racist, tax dodgers and “tea baggers”, a nasty homosexual slur.

According to White House logs the President met with the head of the National Treasury Employees Union, Colleen Kelly on March 31, 2010 at 12:30. The very next day the targeting of Tea Party groups by the IRS began. A coincidence or smoking gun?
It did not thwart the tide of the 2010 elections but the Obama Team was determined to make sure the Tea Party and Romney supporters were not going to keep Obama out of power in 2012.

Lois Lerner, earned her partisan stripes by leading the Federal Election Commission’s three-year harassment of the Christian Coalition. It was the largest lawsuit in FEC history. So, naturally she was the perfect choice for Director of the IRS’s Office of Tax Exempt Organizations.

In my blog post shortly after the 2010 elections I questioned whether or not the Tea Parties would be a factor in the Presidential elections in 2012. Now we know why they were not. We have learned that DHS, as early as 2009, had sent a letter to the FBI asking them to look into “right wing extremists” groups which meant opponents of abortion, advocates of states rights, 2nd Amendment fans and opponents of higher taxes. That pretty much describes the Tea Party groups.

The full power of the IRS with all its intimidating and coercive force was directed at groups and individuals that were political opponents of the left wing administration now fearful of being tossed out of office. This is a blatant abuse of power.

Unfortunately, it was not just targeting Tea Party groups seeking tax-free status but individuals too. Big donors to the Romney campaign suddenly found themselves and their businesses targets of IRS audits. Their personal data was being illegally leaked to left wing bloggers. Naturally, big contributors to the Romney campaign were wary of getting IRS targets painted on their asses.

The tale of Catherine Engelbrecht’s nightmare is the most chilling imaginable. She and her husband own and manage a small metal manufacturing company in Texas that they started 20 years ago. They have 30 employees and have never been audited. Catherine served as a poll watcher for the 2008 elections and was so appalled by the voter fraud she saw that she started a Tea Party and an organization called “True the Vote” that specialized in voter fraud by attempting to stop dead folks from voting as well as other abuses. After applying to the IRS for tax-exempt status for her two groups, the three-year nightmare began. The IRS audited her, her husband and their business for the first time. Then the FBI came calling asking questions… and came back again and again. OSHA did a surprise inspection and audit. The ATF did a surprise visit and inspection, supposedly because the business had a license to manufacture guns. They never had made any guns. The ATF came a second time and, of course, the IRS audited them again.

The question is: Who sicced all these government agencies on these people? This is not just “a couple of rogue IRS agents in Cincinnati”. The logical path leads right back to the White House and the Obama re-election campaign.

It’s also right out of Saul Alinsky’s “Rules for Radicals” and those methods differ little from “The Chicago Way”. The only question for the proponents of this leftist political philosophy is “does it work?” Obama got elected twice in Chicago by using less than ethical methods and it looks like he’s pulled out another one by employing the awesome power of the Federal Government against his political foes. He thought he could get away with it because the mass media has failed to do its job. If you wonder why the major TV networks are so often biased toward the White House and so frequently fail to mention negative news on Obama, take a look at this.

If you watched the smug and arrogant behavior of Ms. Lerner and her IRS cohorts in  the House hearings on this matter, you would think they feel pretty secure and that they have been assured the White House and left leaning press will cover for them. Maybe. But, House Speaker, John Boehner asked, “I want to know who’s going to jail?” Good question but a better one might be, “Who’s going to be impeached?” A good start would be Eric Holder for all his lies and illegalities.

For President Obama dial: 1-866-BaddAss and for Mitt Romney dial: 1-866-DAWhimp. Cast your votes and vote as many times as you want!! Long distance charges may apply. 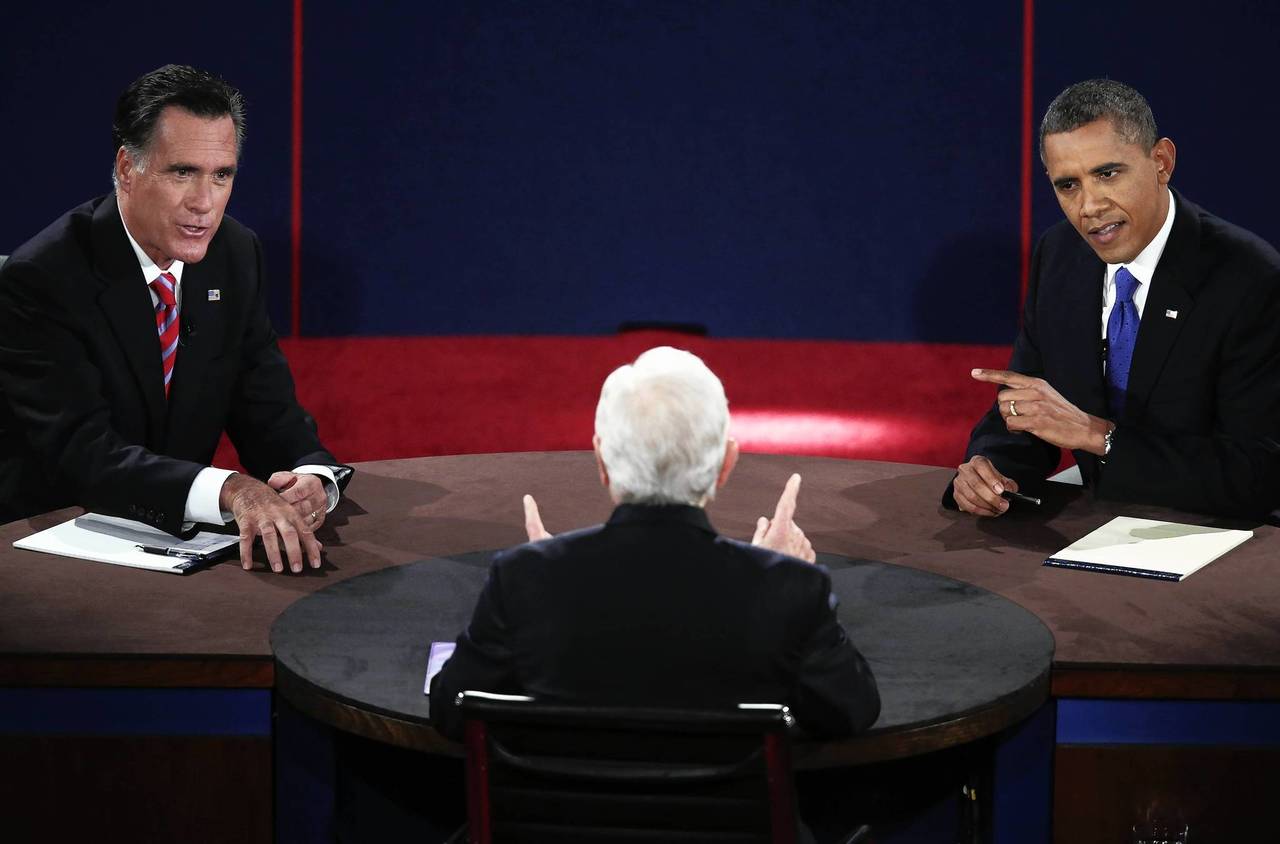 Big surprise. Despite record high unemployment, a desultory economy, sky-high gas prices, and scary levels of national debt Barack Obama was re-elected yesterday going away. Go figure. Not only that, a number of far left Senate candidates were returned to office and the Senate remains firmly in control of the Democrats.

Millions of words will be written about this election and I have not read a single one of them. Too discouraged. Let me spout off with a few thoughts and then I’m done with politics.

My first reaction is: What the Hell are the people who voted for Obama thinking?! Clearly, for the majority of voters performance had nothing to do with their vote. The first clue for me should have been the popularity of Justin Bieber and Taylor Swift. Neither can sing worth a pinch of coon shit yet they are the most popular singers out there. Likewise, the Kardashians. Why are they famous exactly?

During the election Obama did appearances on John Stewart’s show, Letterman and with other celebrities rather than interviews with serious news outlets. Famously, he had no time to meet with Netanyahu when they were both in NY for the UN meetings but he did find time to go on The View and smooze with the fawning blowhards that host that show. His handlers obviously knew which were the important appearances to garner the votes. This election reminded me of one giant playing of one of Jay Leno’s bits called “Street Walking” where he asks basic third grade level questions of people on the street. Natch, they probably pick the dumbest ones but you are left shaking your head at the end of the bit thinking, “My God, these people are eligible to vote!” Apparently they voted in large numbers last Tuesday.

While that may offer some amusement, the real issue is the changing demographics in the US. Blacks voted 95% for Obama and Hispanics were not far behind at 75%. Women (inexplicably) went 55% for BHO. (I guess free condoms are important after all.) Those groups are growing.

Romney’s candid comment that 47% of the people would never vote for him because they receive direct benefit from the government is, unfortunately, true. Many receive food stamps, welfare, Social Security, Medicare or Medicaid. Additionally, government employees are not going to vote against the party promising bigger government. Nor are union workers, teachers, environmentalists, lobbyists and trial lawyers who believe that the Democrats will keep the money flowing and some of it will drift their way. A lot of people don’t want less government spending no matter how irresponsible.

So in a larger sense, Americans are voting themselves into the same hole enjoyed by a number of European social democracies…. Bankruptcy. Apparently the metastasizing national debt means nothing to the majority of voters. Let the next generation worry about it.

Gas prices and unemployment did not matter either apparently. The rogue EPA was of no concern to New York and New Jersey voters who overwhelmingly elected BHO and Democrats. Many of those voters have been out of power for a couple of weeks courtesy of Sandy. Given four more years of Obama’s EPA when they get done with outlawing fracking and shutting down all the coal fired electrical generating plants and the lights go out in the North East for lack of capacity, maybe they will think again.

The Obama guys knew they could get away with blaming Bush even as the election approached: “…Go back to the policies that got us into this mess…” That massive lie was never refuted or even attempted. Yes, it’s complicated but it had to be addressed. Think about it. The current recession is the fault of the unprecedented prosperity we’ve enjoyed since the Reagan era? Or something else? Clue to my liberal friends: It’s the policies of easy money by the Fed and lending money to people who could not pay it back.

This election proved once again that negative campaigning works. Massive numbers of negative commercials in key states early in the campaign painting Romney as a corporate raider and greedy capitalist and that proved effective. The first debate overcame some of the negative image but not enough.

The media played its usual role in cheering on the Democrats and ignoring stories harmful to Obama, particularly Benghazi. This is malpractice but a fact of life. The media and Hollywood wanted Obama and now they have him. Congrats.

After the euphoria of the Obama supporters subsides the hard reality will set in. This election insures that ObamaCare will survive and be implemented and the substantial tax increases and policies associated with it will kick in. The electorate will certainly not appreciate the result. Taxes are surely going up. The Republicans who still control the House will not be able to resist the Democrats in their desire to impose a tax increase on the “rich”. The only question is how far down the income scale they deem the wealthy to be. Clue: The Rich don’t have enough money to make a difference so the middle class will get hit eventually. Creating massive inflation is the only way to corral the runaway debt. I’m certain that’s the Democrat’s hope and plan. Gee, this is going to be a lot of fun.

Unemployment is probably going to limp along. The young people who voted for Obama better be prepared to live in their childhood bedrooms for a few more years. Or maybe for a long time.