Dictator for a Day – Part I

Long drives, I have found, give your mind plenty of opportunity to wander aimlessly down improbable paths and dream up unlikely scenarios. Such was the case in the four and one half

hour trip over the mountains and back on my recent jaunt in search of the regal rainbow trout. I was thinking specifically about the almost daily announcement out of the Obama Administration to take over yet another industry or institution. One day they’re taking over the auto industry while simultaneously shafting the bondholders and giving big chunks of equity to their friends in the UAW. The next, they want to take over the health care business, or the banks, or impose a mammoth carbon tax on everything. Sobering thoughts.

On the long ride back and in the pleasant afterglow of a week of fly fishing, an absurd thought popped into my head, namely: if I were the Dictator of the US for a single day, what would I do? What changes would I make that politically cannot get done the way things are currently organized? Here’s how I fantasized my day as Dictator would go.

After rising early and the requisite morning ablutions and pouring the first cup of coffee, I would take Shakespeare’s advice and “… kill all the lawyers”. Not literally, of course. The little remembered Dick the Butcher uttered these famous words to Jack Cade. Jack envisioned himself the sole autocrat overseeing his version of a quasi-communistic social revolution. Dick was simply making a helpful suggestion. (Henry VI, Part 2, Act 4). Funny…. Jack sounds a bit like Obama.
My method for dealing with the lawyers who have taken over nearly every aspect of our lives, would be to impose “loser pays” rules… just like every other civilized country except the US. You sue and you lose, you get to pay the other guy’s fees plus a reasonable sum for wasting his valuable time. The estimated cost of litigation in the US is 2.7% of GDP plus adding 10-15% to the cost of everything. While I am at it, I would protect doctors from medical malpractice suits and turn over patient complaints to a review board. Egregious cases would be prosecuted and bad doctor’s licenses revoked. Harmed patient would be compensated at a sensible level. I’d mandate the same for drug companies.

After a second cup of coffee: Education.

There can be little serious argument that the public education system is broken and the teacher’s unions won’t allow anyone to fix it. My solution? All per student tax money stays with the kids and they can choose whichever school they want. In other words, if government spends $10,000 per pupil per year to educate her the money would go with the student to attend the school of her choice. Denmark has this system. This would encourage competition by schools to recruit not only students but also the best teachers. Thousands of new private schools would be created.

For Step Two, I would eliminate the Education Department and all the administrative claptrap they require of school systems. In its place, I would create an Education Commission made up of volunteer college entrance officials, educators and business people who would establish a curriculum for grade school, junior high and high school that is heavy on reading, math, science, US and world history and civics. To keep schools from reverting to the multi-cultural, anti-American, diversity heavy and environmental nonsense currently being taught, the Commission would establish national tests for each level and subject. Results of student success must be published so that parents can see what the teachers and students are doing. Students at schools that continued to teach the nonsense so common today would have substantial numbers of students who would fail to graduate. Recognizing that not everyone is destined for college, tech high schools could operate on a modified standard.
For Step Three, I would eliminate the Teacher’s Union. (*Little known fact–37 states do NOT allow teacher strikes, while others allow up to a month of empty classrooms year after year, such as Pennsylvania.)

While I’m at it, I might as well forbid all unions for public employees. They are too powerful as both a voting block and an inordinate drain on the resources of governments at all levels. I’d go back to the civil service system and bring salaries and benefits in line with the private sector. At this time it’s almost impossible to fire an incompetent government worker. I’d establish a system whereby a fired worker got a review within one week and immediately terminated if found deficient.

Time out for another cup of coffee and a little breakfast.

Taxes. They are too high and too complicated with too many breaks for special interests of all stripes. I would eliminate the AMT and the Death Tax and impose a flat tax on all income levels above $35,000 at 15%. Corporate taxes would be set at 15% with no special breaks or deductions and capital gains taxes set at 10%.

I’d raise the gas tax by $.50 a gallon and designate that entire sum to the development of a nation-wide system of high speed rail between major cities. I would have private companies run the passenger rail system. Note: gas taxes are already sufficient to maintain the Federal highway system, especially if the Davis Bacon Act were suspended permanently. So, I’d do that too. 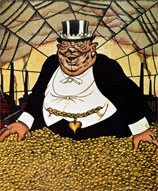 Congress: As I pointed out in a previous blog, members of Congress in most all instances are careerists and lawyers. I’d impose immediate term limits on these professional politicians. Two terms for Senators and three two-year terms for the House seem like plenty. Any member exceeding those limits would retire at the next election. This would eliminate a lot of pompous assholes.
The President: The current primary system is too long and way too costly. Let the parties select their candidates and start the campaign for President no earlier than six months prior to the election. I would also eliminate the contribution limits to candidates (McCain Feingold) but, require full disclosure of all contributors. Everyone has figured out how to get around the spending limits anyway and it restricts the “little guy” in favor of deep pockets like unions, lawyers and mega billionaire nut jobs like George Soros.

Immigration: this is a toughie but must be done. First, I would empty the prisons of all illegals and send them back to their country of origin. Our prisons are overcrowded anyway and, why should we feed and house these guys who should not be here in the first place? Mexico and other South American countries where most of these criminals come from would certainly object. 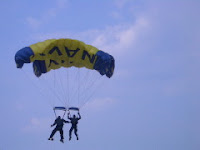 Tough. If they refused, I’d get all the old parachutes in the possession of the military, strap them on the prisoners, fly them over Mexico (or wherever) and kick them out the back door of a C-130.

No immigration policy can work unless you stop the flow of illegals across the southern border. I’d immediately order the ATF forces that worked on drugs previously (when I get to drugs you will see why these guys are available), plus the National Guard and the Army if necessary to the southern border. To assist in stopping the flood of illegals, I would widely broadcast in Mexico that people caught trying to sneak in would not be eligible for the guest worker program.

Guest Worker Program: With some 12 million illegals living in the US at a cost of hundreds of billions of dollars annually in welfare, medical and school costs, it’s obvious that many need to be sent back. I would establish a guest worker program that gives preference (on a points system) to people who speak English, have a job and/or a home and have been in the US for a long period. I would give them a Social Security number and require them to pay taxes like everyone else. Any other illegals would be sent back and not allowed to apply for guest worker status. Those leaving voluntarily could apply for GW status in the future. Police and immigration officials must check for citizenship of all suspected illegals. For those haughty mayors who harbor illegals in their “sanctuary cities” I would order their immediate arrest.
While this program might cause some difficulty for wealthy southern California homeowners in getting cheap lawn care and house cleaning services, it would create jobs for inner city youth.
In recent years the US has restricted the number of highly educated immigrants from certain countries while favoring the uneducated and poor from undeveloped countries. I’d reverse that policy since the booming economy from the tax policies and the reining in of the predations by the lawyers would certainly vastly increase the demand for skilled workers. 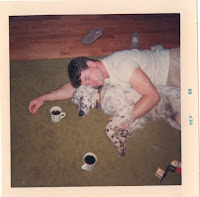 OK. Time for lunch and a short nap. More after.

2 Responses to Dictator for a Day – Part I