The Democrats and Obama are finding all kinds of excuses as to why Hillary lost the election. Rather than examine why the people voted against the policies of this popular President, they are looking to outside forces to explain it. Of course, an ancillary benefit to this campaign is to discredit the Trump presidency so that they can shout for the next four years that the Donald was not legitimately elected just like they did after the Bush/Gore election. The widely touted explanation is that the Russians interfered with the US election, presumably because they preferred Trump over Clinton. The theory goes that the Russians hacked Clinton’s and the DNC emails and turned them over to Wikileaks who in turn, dribbled them out in the closing weeks of the campaign thereby harming Hillary.

I don’t buy it. Trump doesn’t either. In his news conference the other day he said,”Does anyone in this room actually believe Putin prefers me over Hillary?” That has been my question all along. Why would Putin favor the guy who is certainly tougher?

The Democrats like this theory for a couple of reasons. First, this gives them another jab at Trump and his Sec of State nominee, Tillerson because they supposedly have ties to Putin. Second, and perhaps most importantly, it diverts attention away from someone who very likely did do it, and one that has a motive. The left wing has always favored the Palestinians over Israel. Hillary was buddy-buddy with Arafat’s wife and Obama is about 46% Arab and, at the least, sympathetic to the Arabs. Obama and Netanyahu have never hit it off and Obama slighted him publicly on several occasions. But open warfare developed between the two when Obama was trying to get the nuclear deal with Iran.

Netanyahu thought the deal insured Iran would get nuclear weapons as a result of the deal and threaten the very existence of Israel. He was “invited” to address a joint session of Congress so he could plead for shit canning the deal. That infuriated Obama and he promised payback. 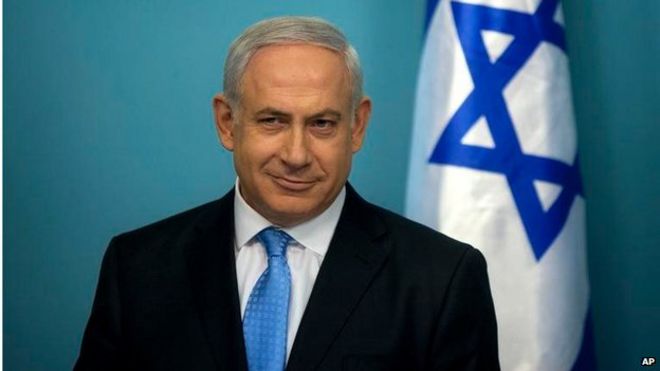 The opportunity came when Netanyahu ran for re-election in 2015. The Obama state department run by Clinton gave $350,000 to fund a left wing group called “One Voice” that had also been funded by international groups sympathetic to the Palestinians. The funds were used by One Voice to build campaign infrastructure, create data bases of potential voters and recruit and train activists all designed to defeat Netanyahu. This was exposed by a US Senate sub-committee on Investigations which also revealed that a letter was sent by the Israelis to Hillary complaining about the US meddling in their elections. The letter was never opened.

Obama also sent over his 2012 National Field Director, Jeremy Bird, to assist in the campaign. Bird’s strategy for Obama had been using data to target messaging to individual voting groups and a form of community organizing to get out the vote.

Netanyahu won despite the meddling of Obama. I would say that the Israeli leader might have been more than a little annoyed with Obama and Clinton.

The FBI has reported with 99% confidence that multiple foreign agencies hacked Clinton and the DNC’s emails…. at least five. Everyone knows the Israelis are very, very good at this sort of stuff and excellent at covering their tracks. Remember the Stuxnet virus that got planted in the Iranian nuclear centrifuges? It was widely believed that either Israel or the US did it. I’d bet on Israel. And, I bet they made it look like the Russians did it.

Both the Russians and Assange, the founder of Wikileaks deny that the Clinton and DNC emails came from the Russians. Assange joked that any fourteen year old could have hacked Podesta’s email. I don’t think the Obama administration believes the Russians did it either. Oh, the Russians likely were among the group who hacked into them but I think they suspect the Israelis gave it to Wikileaks. The Israelis actually have a motive. Obama meddled in their elections and so the Israelis paid him back.

All this sanctimonious prattle about a “foreign government interfering with our democratic institutions” is just frustrated journalist and politicians venting. Hell, the US has done it for years, most recently and openly in the Netanyahu contest. Obama got in the last punch though. He abstained in that UN vote to censure Israel over settlements, a landmine Trump will have a long job defusing.