Back when I was a sophomore in high school (right about the end of the Peloponnesian War) I become quite envious of my friend Bill’s ability to whistle. Now I’m not talking about whistling a happy tune or some semi melodious sound. We speak here of a sharp, ear piercing whistle that ricocheted off the surrounding cottages. He did not stick one or two fingers in his mouth to force his lips into shape to achieve this amazing result. He simply jutted out his lower jaw, grimaced and let ‘er rip. I begged him to teach me this seemingly useless trick.

He tried. It seemed one needed to push the lower teeth forward, kind of like the under bite of a bulldog and tighten the upper lip. The tricky part was folding your tongue, sorta like a taco (or maybe a camel toe) and push your tongue against your teeth. Then you just exhaled up from your diaphragm like you would blow a duck call. I walked around for weeks sounding like a winded buffalo but making nary a tweet. Eventually I got the hang of it. In the ensuing years I perfected the technique and developed a piercing whistle that could rattle windows blocks away.

As the years passed this simple skill proved amazingly useful. My kids came to recognize this distinctive sound. I’d stand on the porch and let a few rip and no matter where they were in the neighborhood, they knew it was time to beat feet home for dinner. 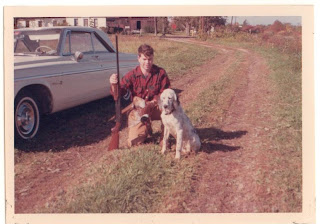 I trained my setter to turn around and look whenever I let fly with one sharp whistle. I did this out in a large field when he was a youngster. Dogs like to stay out in front of you so I would whistle and change directions, zigging 45 degrees off our course. At first he’d ignore my whistle and when he finally looked back to see where I was, he’d find himself behind me and going away from him. He’d take off to get back in front of me again whereupon I would whistle and change course again heading 45 degrees in the opposite direction. Eventually he got tired of being hopelessly out of position and figured out that when I whistled I was changing directions. From there it was a simple matter to use hand signals when he looked back to show him where I wanted him to go.

The whistle proved useful in other ways. I could alert friends across the way to get their attention. Stop folks who were driving away with some forgotten item or stop kids and dogs from running out in the traffic. Back in my granite and marble construction days, I could alert guys on the scaffolding to look down and see what I wanted without having to climb up there and beat on their hard hats. Definitely useful. 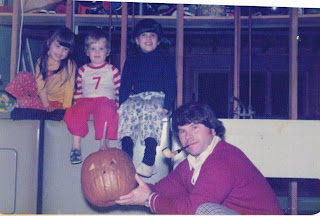 Over many years I smoked a pipe and then because it was such a messy and fussy habit, switched to cigars. Being an addictive personality I did not just dabble in smoking, I did it constantly. During many of those years we lived in the with dry conditions much of the year and I had a lot of dry, chapped lips. I had a weak spot on my lip that stayed cracked most of those winter months. A few years ago I noticed a sore developing on my lip in that spot. Eventually I had it biopsied. Not malignant, but the doc recommended taking it off. Well no, I don’t like getting cut so, I procrastinated for a year or so and watched it get bigger. Another test and this time the results were not so cheerful. It had to go.

They couldn’t just gouge it off anymore and had to cut a V shaped chunk out of my lip…. all the way through. It was about half an inch wide at the top and tapered to a point down about an inch and a half. They stitched it back together and Bob’s your uncle. Well, not quite. The process cuts all those tiny nerves in there and pulling it closed sorta stretches things out of shape. While it looks pretty good and I never was vying for movie star looks, it has taken away my whistle. I never realized how much I cherished it until the first time I tried to use it and a breezy “phifffft” came out. Try as I might I could not get a sound out of my once faithful tweeter. I have been working on it in my moments of solitude and have managed to get a few pitiful toots but as soon as I try for volume it deteriorates into a sound not unlike an aggressive fart.

I suppose there’s a moral in here somewhere. I could be trite and say ‘don’t smoke’ but screw that. Everybody knows that. I guess I’d say that if you do smoke, don’t run around all day with a cigar hanging out of your mouth. You could lose more than your whistle.